Home » Horror music | When the background becomes a soundtrack “from fear”

Horror music | When the background becomes a soundtrack “from fear” 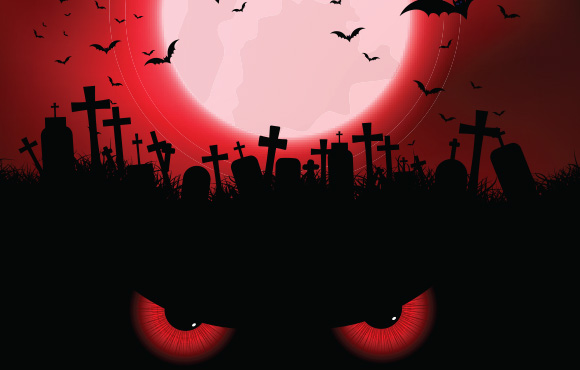 Horror music | When the background becomes a soundtrack “from fear”

In a horror movie or video, the real star is the music. The visuals, editing, and special effects help create suspense in the viewer’s soul. But without the right soundtrack, they would not succeed in their intent: to disorient and “scare” the audience.
Horror music, however, follows very precise rules, which you need to know in order to make the most of its potential.

Horror music: how it works

Typical background music in horror films or video clips refers to two types of “fear”: instinctive fear and fear of the unknown.

The first one manifests itself as the most classic of surprise effects: one jumps in a completely natural way in front of an unexpected event, with the intent, in any case, to protect oneself from the immediate danger.
The most suitable horror music background for instinctive fear is Jumpscare: images that appear suddenly, accompanied by sound effects.

Fear of the unknown

Fear of the unknown, on the other hand, is a more complex mechanism. Everything is proceeding as expected. The plot moves forward linearly, following a definite logic. The viewer is confident in what they are seeing. It achieves a state of serenity and, at times, contentment.
Unexpectedly, something happens that was not in the plans. Like the wrong piece of a puzzle. Inexplicable. It’s the phase in which the state of disorientation prevails.
This is what horror music does: it interrupts the initial state of tranquility and certainty, to reveal hidden, and “terrifying” sides of characters and situations.

Horror films are based on temporal alterations and changes of tone, closely linked to unexpected events and scenes of danger.
Background music that surprises, plunging the viewer into total confusion. Contributing to this are modulations ranging from a major to a minor, or even diminished key, creating an atmospheric and distressing atmosphere.
Or nursery rhymes and lullabies that can create a bridge between naivety and wickedness. Inevitable, then, the distorted effects, obtained with traditional instruments such as the violin or with electronic instruments.
Background music that doesn’t go overlooked. Far from it. It enters the mind of the viewer of the film or video clip, like an obsession. Some of the most common scenes here include chases of paranormal entities such as monsters or zombies.
There are directors and video makers, moreover, who manage to transform other musical genres into horror music, associating, for example, relaxing or joyful music with terrifying frames.

The effects on the viewer

The “non-linear sounds” characteristic of horror music inevitably touch the viewer’s unconscious. It’s as if they bring up the most primitive and hidden fears.
A sort of emotional manipulation that the horror background is able to activate in the viewer, with scientifically proven consequences also from the physical-chemical point of view.
It seems, in fact, that horror music triggers norepinephrine, a neurotransmitter that causes blood vessels to constrict in case of perceived danger. In the dark this effect is amplified. That’s why in horror movies or videos, dimness takes center stage.
In order to get the most out of the editing of horror scenes, it is advisable to carefully choose the most appropriate background, which can enhance cuts and any special effects.
If you are making yet another work, or you are planning to give life to your first project, we invite you to visit our catalog of music for horror videos, full of tracks that can inspire you.