Home » Chill-out | from decompression to pleasure for the senses

Chill-out | from decompression to pleasure for the senses 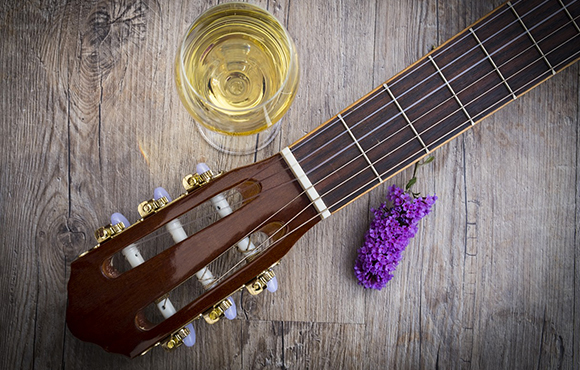 Chill-out | from decompression to pleasure for the senses

Music genres are many and constantly evolving. Sounds can create numerous moods and situations, to accompany every moment in life.
One particularly popular musical trend in recent times is chill out. What exactly do we mean when we use this term and say “from decompression to pleasure of the senses“?

The chill out genre (also written as chillout or chill-out) has evolved a lot in recent years. It has also undergone numerous variations so that different nuances are often meant by the same term.
To better frame this music let’s think about how to define it: for simplicity, we could describe it as a modern style to be interpreted as easy listening, that is a catchy and pleasant melody for every listener. This means that the term chill-out is a rather wide umbrella, which can shelter downtempo, jazz, lounge, ambient and sometimes even dance sounds. This means that the term is often abused, as many use it but very few really know how to indicate its characteristics.

Lounge and chill-out, watch your mouth! 😉

To highlight similarities and differences, let’s start with a brief history of the chill-out music genre. Its birth takes place in the United States, thanks to experiments that move from the most avant-garde environments within the new wave. The forerunners eliminated the natural and environmental sounds that made up that current to replace them with guitars, sung tracks and sounds that we could define Latin; in addition to this they accelerated the metronome, bringing the rhythm up to the canonical threshold of 120 bpm.
The origins of chill-out music are not exactly noble; it is in fact sounds born to help decompression, or the recovery of the people of the night and rave parties from evenings of exaggeration, during which we had abandoned many excesses. The very term chill-out (relax, decompress, cool down) is due precisely to this function that the sounds covered.
Chill-out also has a birthplace, Ibiza. Its inventor – or at least the main contributor to its invention – was the DJ Jose Padilla, who from the console of the Cafe Del Mar began the worldwide conquest of chill-out music. Nowadays this introspective sound and these relaxing beats are well known and appreciated everywhere, after the London explosion in the 80s.

In English lounge room means living room and the use of the term is due to the fact that this music had to be the background in elevators and supermarkets, to accompany the time spent standing or queuing.
Its impersonality, almost kitch, however, has ended up making this variation of chill-out a phenomenon of habit, a trend that the most fashionable clubs and the most alternative radio stations wanted to appropriate. The lounge has metrics that can reach up to 140 bpm and, often, is kept very low volume, to create atmosphere and never overlap the conversation.

Similarly to what happens with ambient music, chill-out can be used to accompany moments of socializing, as well as to add value to photographic or animated images. Chill-out music can create the right background for many shots.
Whoever was thinking about the possibilities that this music can open to that particular project on which he is working, can visit our library on these pages, full of tips and suggestions: chill out and Lounge