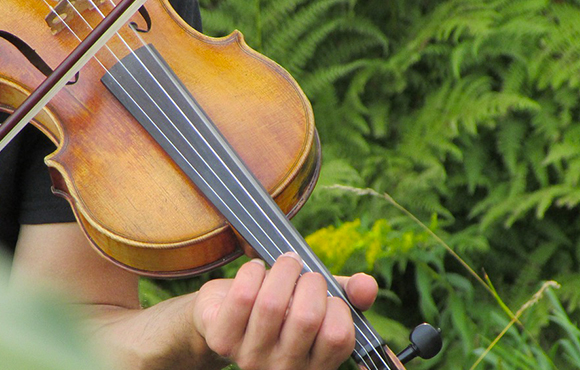 Ambient music is the style of music we refer to whenever we talk about atmospheric music. It is characterized by natural sounds, or sounds that can be traced back to nature and largely atmospheric sounds, on which it is possible to relax or chat without the sounds disturbing in any way, on the contrary, they facilitate and accompany this operation, that’s why Ambient Music, ideal background for life.

Brian Eno, an important British musician and record producer, is considered the inventor of ambient music. In his book “Unthinkable Futures” he gives a very precise description of the musical style of which he is the founder: “An ambience is defined as an atmosphere, a surrounding influence or a hue. It is my intention to produce original pieces, overtly but not exclusively intended for particular moments and situations, as the project to build a small but versatile catalog of ambient music, suitable for a wide variety of moods and atmospheres.”
We too, like Eno, have constructed our own small but versatile catalog that we invite you to listen to.

To understand this music, one must enter into an order of ideas that is rather counterintuitive: rhythm and structure, so fundamental in pop music, are secondary when we speak of ambient. In fact, it is tone and atmosphere that take center stage in this kind of music. For this reason, pieces can be quite long and their sounds can repeat for several minutes. In fact, we are talking about an accompaniment music that leaves space for the listener to do something else, without invading his or her ears.

If we wanted to find a date of birth for ambient music we should go back in time, obviously well before the birth of Brian Eno. The first hints of ambient, in fact, date back to the beginning of the twentieth century, when some precursors began to experiment with a music that, at the time, they defined as semi-acoustic. Later, we find traces of ambient sounds in the art of Erik Satie, music impressionist (and we have dedicated one of our compositions “Satie Archi” to him, which you can listen to here), as well as in the concrete minimalism of Terry Riley and Philip Glass or in the jazz of Paul Horn. The latter performed two solo concerts inside the pyramid of Giza and the Taj Mahal, unleashing absolutely environmental improvisations. Only in more recent times, in those ’70s where he began to perform as a soloist after leaving Roxy Music, we have witnessed the advent of Brian Eno.
When, in the ’80s, ambient music had already established itself on the music scene, we witnessed ambient influences in pop, rock, techno and house and the birth of its direct descendant: chillout music, which we will discuss in the next article.

The Power of Ambient Music

This ability to act as background and accompaniment has made ambient music a very welcome companion for video editors. Movies and television shows of the last 50 years have drawn heavily from this kind of catalog. In fact, it is able to create nuances and soundscapes that are absolutely original, and often very evocative, in some cases capable of imprinting themselves in the memory just like the main scenes of the films they accompany. There are many soundtracks that take advantage of ambient music and do so to frame scenes of love, violence, death, action and humor. Although the ambient genre is not as memorable as some of the masterpieces in film soundtracks are, it is still able to properly characterize a specific passage in the film. As already mentioned, we are not talking about a music that takes the scene, but rather that accompanies it, framing and enriching it.

Curious? Here are our Ambient tracks